The new Jeddah Yacht Club & Marina hosted over 40 superyachts and smaller vessels during the inaugural Saudi Arabian F1 Grand Prix this weekend, giving yacht owners and their guests an amazing experience of the F1 action on the Jeddah Corniche Street Circuit. Guests aboard mega yachts including the 95-meter M/Y O Pari,  built by Golden Yachts, the 85-meter Oceanco Sunrays and the 82-meter Abeking & Rasmussen RoMEA, revealed in an adrenalin-fueled and action-packed F1 weekend, a first for the Kingdom of Saudi Arabia.
Jeddah Yacht Club & Marina guests witnessed at close quarters the 50-lap dogfight between Lewis Hamilton and Max Verstappen in a race full of incident and action.  In his post-race interview Hamilton thanked the people of Jeddah for being so welcoming and said it was a privilege to be racing in their home city.
Oliver Rees, General Manager of Jeddah Yacht Club & Marina (from January 2022) said: “What a weekend we have had and what a fitting preview for this fantastic facility.  It is clear from this F1 weekend that the Jeddah Yacht Club & Marina will be a perfect home port for private yachts, but also a great place to meet, enjoy sailing and water sports and revel in the quality of services we have on offer. It is a natural gateway to cruising amongst the wonders of the Red Sea, and we are confident that it will rapidly become a prime waypoint on the global yachting map.”
Mohideen Nazer, Director, Parks & Resorts at SELA said: “We’re delighted that the world of yachting now has  its first home address on Saudi Arabia’s Red Sea coast.  This weekend has been a fitting preview of what’s to come.  We have developed a beautiful yacht club and marina and the people of Jeddah have shown their welcoming hospitality.  We have seen this weekend that Jeddah is an amazing place for yachts to visit”.
The Jeddah Yacht Club & Marina is the first marina along the Red Sea coast that can accommodate superyachts and mega yachts up to 120metres and will officially open in early 2022 in time for the return of the F1 Grand Prix to Jeddah on 25th-27th March, 2022.
The Jeddah Yacht Club & Marina was built in record time by local Saudi Arabia Events and Resorts business, Sela – an incredible six months from first breaking ground, on an inland site, to opening for the berthing of some of the biggest yachts in the world. The stunning complex is situated in the northern part of Jeddah, only a few kilometres away from the new King Abdulaziz airport and the city centre. It comprises the state-of-the-art Marina, the luxurious Jeddah Yacht Club and a selection of world-renowned retail and entertainment venues.
A WORLD CLASS MARINA: The Jeddah Yacht Club Marina epitomizes the future of super yachting on Saudi Arabia’s Red Sea coastline with berths for over 100 yachts of all sizes up to 120m. It is the first step of a series of major yachting developments that will take place in the Kingdom over the next 10 years, stretching from Neom in the North to Amaala and the Red Sea Project further south down to Jeddah and beyond.
The Jeddah Yacht Club Marina is recognized by the Saudi authorities as a port of entry into the Kingdom. As such, it provides customs clearance and immigration services to all vessels, including foreign-flagged superyachts that will charter in the area, or stop off to visit this fast-developing destination on their way to the newly opened cruising grounds of the East Indian Ocean and Southeast Asia.
Jeddah is a highly strategic location for yachts passing from the Mediterranean, GCC, Indian Ocean, Asia and beyond. Short-term or long-term berths are available at the marina ahead of the official launch.  Interested yachts should contact the marina manager by emailing berthing@jeddahyc.com.
A WORLD CLASS YACHT CLUB; An exclusive members-only club, the Jeddah Yacht Club will grow the maritime spirit and lifestyle in Saudi Arabia.   Strategically positioned at the crossroads of historical Red Sea maritime routes the Jeddah Yacht Club will provide a major new platform in the Kingdom for the development of sailing, boating and every facet of a healthy maritime life. It will raise awareness about marine biodiversity and ensure the preservation of the Red Sea environment for the younger generations and the local community.
The Jeddah Yacht Club’s architecture has been carefully designed to stimulate the senses and offer its members a rich, marine-inspired atmosphere where they can enjoy the numerous social and nautical activities available. Its mast-and-sail-themed 5,000 sqm club house, located by the entrance channel of the Marina, is a beacon, a lighthouse that welcomes visitors to Jeddah’s shores.
In addition to panoramic views of the city, the Jeddah Yacht Club boasts a feast of facilities for its members, including restaurants, a wellness centre, a business centre, lounges, concierge services, sailing and nautical activities. Its Beach Club, operated by a team from world-renowned Omnia Club, features an infinity pool with glorious views over the Red Sea.
Another first in Jeddah, the Jeddah Yacht Club will welcome the Jason Atherton restaurant. Famous to gastronomes from London to Shanghai, Mykonos to St. Moritz, this Michelin Star-rated chef is instantly recognized for his cool artistic creations that evoke memories from other times and other places. 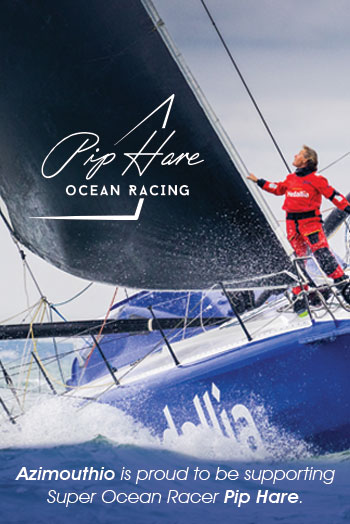